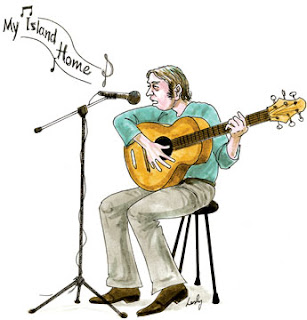 My Facebook friend Susil Ratnayke (that’s how his last name is spelt) lives in Sydney, Australia. Susil, a Sri Lankan born Australian, posts a lovely FB page on Sri Lanka featuring her natural beauty, heritage and culture; as he sees it

I am impressed with the deep love this man has for his land of birth and we have been engaging each other for sometime now on Facebook. We are yet to meet face to face and I know there are many thousands more like him, both in real and virtual domains feeling homesick, sharing their caring feelings.

Yet, there are others who dwell on looking at all that is bad out here in Sri Lanka and refuse to even acknowledge that there is hope for us as a nation to make a better future. Some have legitimate reason for being cross. They are deeply hurt or betrayed and refuse to forgive or forget. They refuse to believe that we can work together to focus on achieving the possible. Others are part of a movement, bent on discrediting the Motherland and do as they are expected to or are told. Since actions speak louder than words, it will be left for all Sri Lankans now, to prove them wrong. Our politicians on all sides of the fence, by not letting us down and us citizens making sure that they are not allowed to let us down.

Just last week Susil posted a reference to a song found on ‘You Tube’ and had this to say - ‘Desmond Kelly - My Island Home Hi, it’s time for every one living abroad and visitors from other countries around the world to visit this beautiful and lovely country of ours to enjoy what it has to offer’. Much more powerful than our own promotional slogans, I would say, for it comes from deep within his heart, without any coating with fancy words. It is believable.

It was like a tour of the past and here was my comment on Susil’s page posting ‘Would you believe it, when I was a student, a Desmond Kelly lived down the same lane as I; Waidya Avenue, Dehiwela. He must be in his 70s now in the least. That is if this is the same Desmond Kelly who was a singer and Mrs Georgez’s son-in-law’. He confirmed that it could be him and that he was in his seventy fifth year.

In the early 60’s, as a schoolboy I recollect standing many a day by Mrs. Georgez’s gate on my way from school, listening to Des Kelly strumming his guitar to a song he had composed. Some days he sang songs of others. We then had Bill Forbes, Cliff Foenander, Dougles Meerwald, Harold Seneviratne, Adrian Ferdinandes and the like adorning our Radio Ceylon’s English service. These were the days of 78 rpm (rounds per minute) records, needles and hefty player amplifiers.

These were also days after the ground breaking film Rekawa was a hit with us and the haunting songs composed by our mentor at St. Peter’s College late Fr Marceline Jayakody were lingering in our minds. Sudu Sanda Eliye, Wesak Kakulu, Olu Nelum and Anurapura Pollonnaruwa were top of the charts in the Sinhala service of the Radio Ceylon. We were so proud that the creator of Rekawa Lester James Peries, was also a past student of our school.

Equally proud were we that our school was home to many students from the Burgher community at the time.

The De Nieses, Patternots, Beckmeyers, Hynes, Duckworths and Lovels were there in clans; brothers, cousins and all. They excelled in sports and were a vibrant lot. We were all one big happy family, the Sinhalese, Tamils, Muslims and Burghers. The only conflicts we had were limited to mundane issues such as events we were competing in, girl friends or an occasional tough guy showing off his prowess. Never were they about race, cast or creed.

My mother out of fear of her Buddhist son studying in a Catholic school, insisted that I study my Buddhism three days a week, under the supervision of the late Dickwelle Dhammalankara Hamuduruwo at the Karagampitiya temple. At school, it did not matter if we were Buddhist, Catholic, Anglican, Hindu or of Islamic faith. We were all one family cheering for St. Peters College on the cricket, rugby fields or at the basketball court.

If I recalled right, Desmond Kelly was attached to the then Ceylon Navy. I remember him in his blue white uniform returning after a spell at sea, and went on to strumming again.

We lived three houses below on this gravel pathway and could hear his music quite distinctly. My mother who only spoke Sinhala and was very national in her ways enjoyed Kelly’s music just the same. On Susil’s posting another of his friends had commented ‘Very beautiful song. I feel so homesick when a foreigner loves my home country as his home. He sees the beauty that we take for granted’, she said. I am not sure if she lives in Sri Lanka.

I took the opportunity to respond to her and said ‘Please...... I want to let you know that this Desmond Kelly I knew was no foreigner. He was a full-blooded Sri Lankan Burgher.

They loved Sri Lanka then, perhaps they still miss their land of birth. Unfortunately we had not learnt to love them enough and all our other racial groups, that made Sri Lanka so vibrant and beautiful and they had no option but to migrate’.

That was then. Now with that huge burden of terrorism done with, let us reflect on the lessons we need to learn from our past. On how we treated our other Sri Lankan brothers and sisters and the pettiness with which we looked at issues and their solution. I know that some of you will agree and others may not.

The truth is we have wronged. Now that we are focusing once again on English education our style and are providing ease of access on the digital pathways to communicate, we could make new beginnings.

Those must pave ways for us to learn to appreciate each other, to love each other and care for each other regardless of race, caste or creed.

In a world where there is so much of a cultural divide, we have many lessons to learn both from within and without.

Let us join the likes of Desmond Kelly and Susil Ratnayke to sing along the song My Island Home.