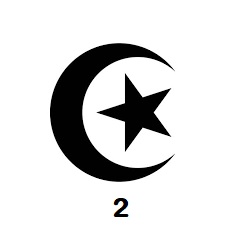 SALIE - RIZA SALIE , Son of late Usuff and Rahma Salie, beloved husband of Shereen, father of Ryhaana, Muhammadh, late Fathima and Sharmila, brother of Khair-un-nisa, Ameena, Farida, Tilly, Ysuff, late Khyre and Ahamed, expired on 8th April 2008. The Janaza took place at the Dehiwala Burial Ground on the same day. The family wishes to thank all those who extended their help and support. SO Apr 20 2008

SALLAY - SHIHAM   passed away on 21st October 2009. Much beloved son of Ceasar (Endra) and Bunty (Zaroon), loving brother of Shameera. The family members thank all those who attended the Janaza, sent messages of condolence and regret their inability to thank them individually. Special thanks goes to the Doctors and other medical staff of both the Kandy and Badulla General Hospitals, for their untiring efforts to save Shiham’s life. May Allah grant him Jennathul Firdhouse. Janaza took place on Thursday 22nd October at Godawatta, Helahalpe, Bandarawela.   SO Nov 1 2009

SAMAD - Mrs AHM Samad passed away a few hours ago ( Friday, July 23, 2010) in Rome, NY (USA) and the funeral will be in Toronto, Canada which is her home. She is the beloved mother of Ashra, Rosie, Shan, Lee and Renza - http://sldeathnotices.blogspot.com/

SAMSADEEN FATHUMA SAFNA nee VISHATRI DABARE Wife of Nufail Samsadeen, dearly beloved mother of Udani and Shajaan, sister of Rukmal Dabare, sister-in-law of Chandima. Janaza took place on 3rd August 2009 at Dehiwala Muslim Burial Ground. We express our heartful thanks appreciation to all relatives, friends and neighbours who attended the funeral and helped in numerous ways at the time she was admitted to the hospital. We regret our inability to thank individually. 667/1A, Maligawatte Road, Arawwala. SO Aug 9 2009

SANOON - INNA LILLAHI WA INNA ILAIHI RAAJIOON. The death is announced of Sithy Kuthubunisa Sanoon (Amsterdam,Holland). passed away in srilanka during her short family visit.
Wife of late Abdul Wadood Mohamed Sanoon,(Holland) - Mother of Zeena,Sadath,Farana, and Sameera. May Allah forgive all her sins and grant her jannathul firdous.Ameen. FB Sep 16 2014

SARIFFO’DEEN BABA ZAMAN.  Members of the family of Marhoom Baba Zaman Sariffo’deen, sincerely thank all those who attended the Janaza and offered their prayers, sent messages of condolence and was present in the hour of grief. A special appreciation to representatives of all Malay Associations of Colombo and outstation, for personally paying their respects. Regret our inability to thank everyone individually.   6/12, Kanatte Road, Wijerama, Nugegoda SO Feb 3 2002

MOHAMED ALAVI SHAKIR Advocate of the Supreme Court of Ceylon and former President of the Colombo Rowing Club passed away on 28th December 2006 at his home in London. He leaves behind his devoted wife Amritha, loving sister Nazli, beloved children Ashur and Almira and grandchildren Alina, Aaria and Halie. He will be deeply missed by all.  SO Dec 31 2006

SHERRIFDEEN - MOHAMED MUHAJAREEN (DADA)  (Ex SL Navy & Pelwatte Sugar Corp), beloved husband of Myma (Baseera), nee Juhary, loving father of Rowena and Ishan, father-in-law of Rusdie (Dubai) and Yasmin,  passed away after brief illness on 28th January 2010 and Burial took place on the same day.  We sincerely thank all friends and relations for all the help rendered to us. We regret our inability to thank them individually. 65/1B, 4th Lane, Santhanampitiya Road, Embuldeniya, Nugegoda.  071-6022277  071-6022277 SO Feb 7 2010

SHERRIFFDEEN - MRS RAMJAN UMMA SHERRIF DEEN    Members of the family of the late MRS RAMJAN UMMA SHERRIF DEEN wish to express their sincere thanks and appreciation to all those who visited and attended the funeral, sent messages of condolence and helped them in numerous ways during their time of grief. They regret their inability to thank them individually.   Kandy Road, Warakamura, Matale.  [SO Jul 13 2003]

AL-HAJ. M.A. THAHIR passesd away today - 12th. Inna lillahi wainna ilaihi rajihoon. From Him we came and unto Him we return. We visited him in the morning when he was breathing heavily with no signs of recovery. He passed away in the evening. He was attached to Saudi British Bank, Riyadh and also one of the founders of the Sri Lankan International School, Riyadh. He was a devoted founder member of the Expatriates' Society, Riyadh. Janaza will, In Shaa Allah, leave the residence Off St. Ritas Mawatha, 35/32, Ranaviru Major Road, Ratmalana, at 5 pm to Dehiwala Muslim Burial Grounds. Tel. 011 2729250 DN Dec 2012