The Fort of Galle 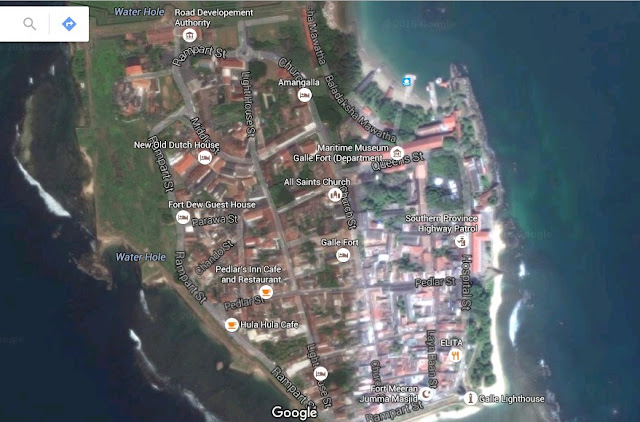 Satellite Map of the Fort of Galle 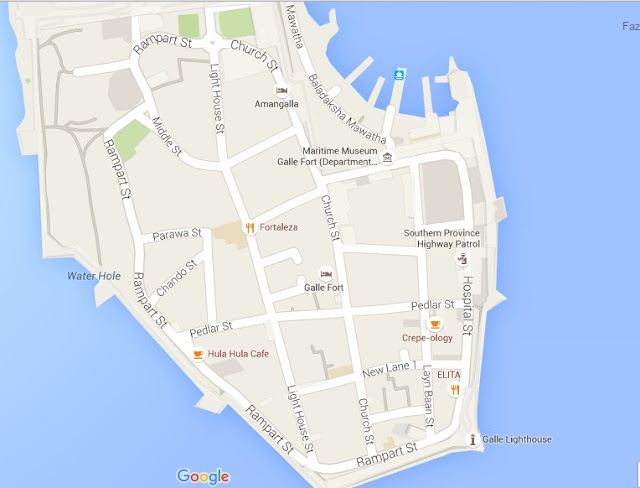 Street Map of the Fort of Galle

Galle Fort, in the Bay of Galle on the southwest coast of Sri Lanka, was built first in 1588 by the Portuguese, then extensively fortified by the Dutch during the 17th century from 1649 onwards. It is a historical, archaeological and architectural heritage monument, which even after more than 427 years maintains a polished appearance, due to extensive reconstruction work done by Archaeological Department of Sri Lanka. 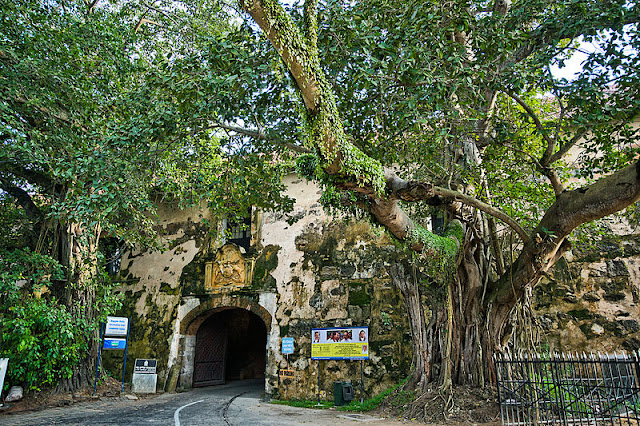 The fort has a colourful history, and today has a multi-ethnic and multi-religious population. The Sri Lankan Government and many Dutch people, who still own some of the properties inside the fort, are looking at making this one of the modern wonders of the world. The heritage value of the fort has been recognized by the UNESCO and the site has been inscribed as a cultural heritage UNESCO World Heritage Site under criteria iv, for its unique exposition of "an urban ensemble which illustrates the interaction of European architecture and South Asian traditions from the 16th to the 19th centuries."
The Galle Fort, also known as the Dutch Fort or the "Ramparts of Galle", withstood the Boxing Day tsunami which damaged part of coastal area Galle town. It has been since restored. 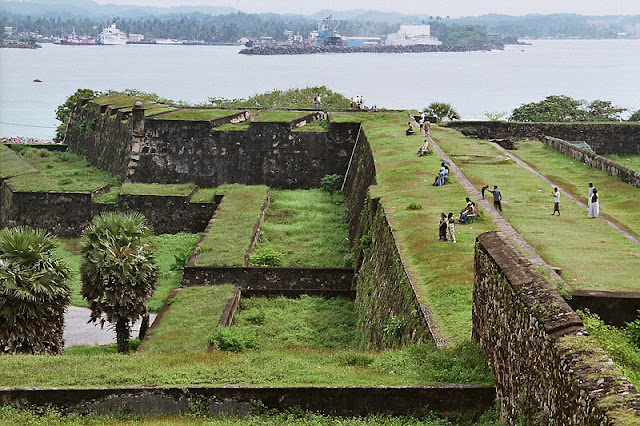 There are many versions of the word ‘Galle’ that is suffixed to the fort. One version is that it is a derivative of ‘Gallus’ from the Dutch language, meaning "chicken". The other version is that it was a "galaa", in Sinhalese language meaning a "cattle herd" or place where cattle was herded
Galle Fort is located in the town of Galle, which is located at the extreme south west corner of the island, in the south west coast of Sri Lanka, where the shoreline turns east towards Matara and Tangalle. The fort, like most of the forts in Sri Lanka, is built on a small rocky peninsula, belonging to the sea as much as to the land. As it exists today, it covers an area of 52 hectares (130 acres). 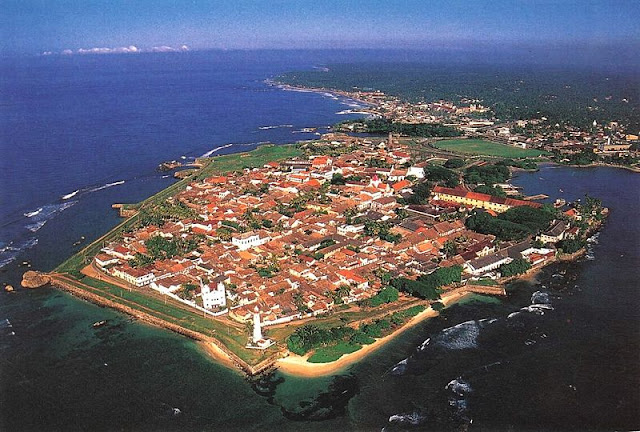 Highway A2 provides road links to Galle from Colombo (a distance of 113 kilometres (70 mi)) and the rest of the country along the west coast or from the east along the south coast. Since 2012 an express way has linked Galle to Colombo. Rail links are also available to Colombo and Matara. Sea route is through the Galle Port at the Galle Harbour. 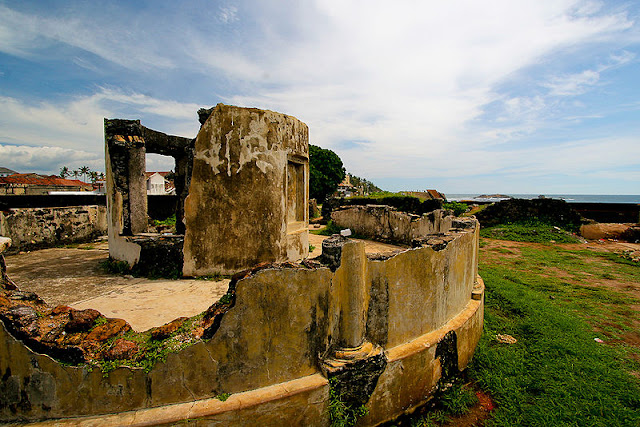 Galle's earliest historical existence is traced to Ptolemy's world map of 125–150 AD when it was a busy port, trading with Greece, Arab countries, China and others. Its mention as a "port of call of the Levant' is made in the cosmography of the "Cosmas Indicopleustes". This is the harbor where the Portuguese, under the leadership of Lorenzo de Almeida, made their first landing in 1505 on the island and caused a notable change in the history of the island with their close friendship with Dharma Parakrama Bahu (1484–1514), the then king of the country. Before the Portuguese came here, Ibn Batuta had touched base at this port. This was the beginning of the fort’s history, which was built by the Portuguese, along with a Franciscan chapel (now mostly in ruins) inside the fort in 1541. The fort also, in later years, served as prison camp to incarcerate Sinhalese natives who opposed the Portuguese.

The Portuguese later moved to Colombo from Galle. In 1588, however, they were attacked by the Sinhalese King Raja Sinha I (1581–93) of Sitawaka, which forced the Portuguese to go back to Galle. At Galle, they initially built a small fort out of palm trees and mud. They called it the Santa Cruz, and later extended it with a watch tower and three bastions and a "fortalice" to guard the harbor.

The Streets of Galle Fort

Some of the street names, a legacy from the colonial period, are the Pedlar Street or ‘Moorse Kramerstraat’, the Moorish pedlar (or peddler) street, named after the Ceylon Moors, who were retailers along with chettis; the Lighthouse Street ‘‘Zeeburgstraat’ ‘Middelpuntstraat’ named after the lighthouse which was destroyed in a fire in 1936; the Hospital Street, the location of the Dutch Hospital, the house of the Surgeon and the Medical Garden; Leyenbahnstraat, the Old Rope-Walk Street where coir rope was made; the Church Street, named after a church which was demolished in the 7th century; the Parawa Street, named after the Parawa migrants from South India who were fishermen and traders; and the Chando Street named after the toddy tappers and Dutch Burghers who owned coconut gardens and small ark distilleries.

Rampart Street starts at the right of the fort as you enter through the main gate and runs along the western coastline ending up on the southern tip and moving to meet Church Street. The Galle Fort Mosque is located on Leyn Baan Street which branches off Rampart Street on the southern stretch of this street and the lighthouse at the end. 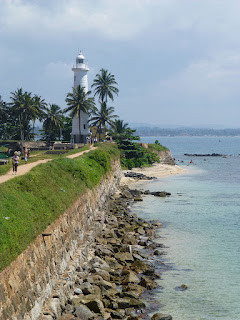 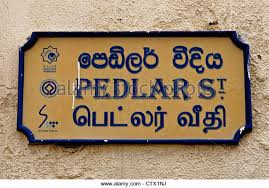 The name  Baus originated this way. My Grandfather S M N Markar was a jeweller doing his business at the the NOH, where he met this foreign national by the name of Baus. They became good friends and this Baus was supposed to have visited our house 47, Pedlar Street home very frequently. Thus the name originated.

My grandfather was also the trustee of the Galle fort Jumma Mosque and my grandmother was one of the founding trustees of the Ladies Zavia.

The trusteeship of the Jumma Mosque passed on to my father H M S Jiffry and Mohomed Ali (father of Izzath Ali). after the demise of my grandfather.

The trusteeship of the Ladies Zavia was passed onto my mother Sithy Kadija Jiffry after the demise of my grandmother. I cannot remember if the said trusteeship was joined by another lady or if my mother was the sole.

Go Go cafe was founded by my father H M S Jiffry around 1968 and it was in operation only for a couple of years and we closed it after the demise of my father in 1970.

Left of our house No. 49 was the house of Furqan Magdon Ismail and his wife was either the grand daughter or niece of Sir Mohamed Macan Markar. 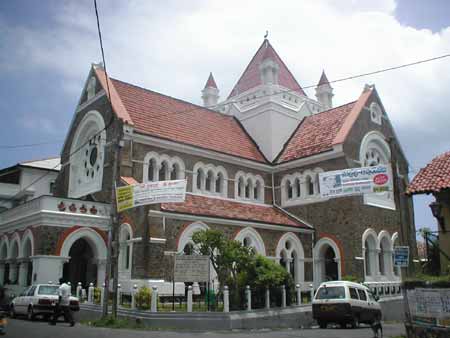 The Dutch Reformed Church is near the Amangalla Hotel. The church was built in 1640. However, it was re-modelled between 1752 and 1755. The church is paved with grave stones from the old Dutch cemetery. There is an old organ of 1760 vintage in the church where services are held and a pulpit made of calamander wood from Malaysia is used. 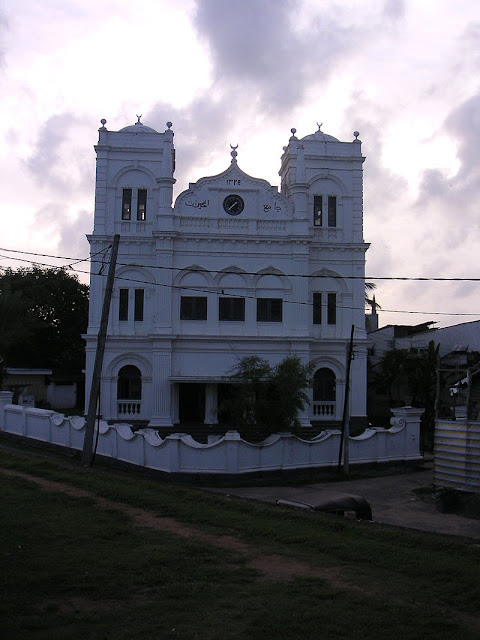 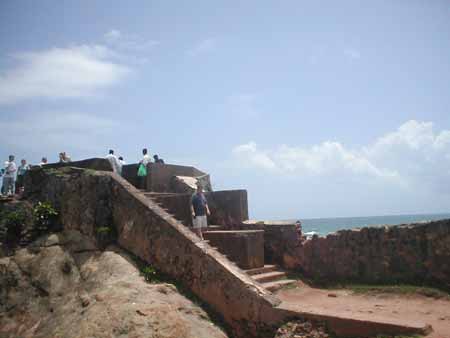 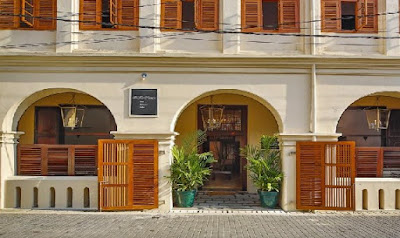 The breadfruit tree was introduced in Galle first by the Dutch; one of the oldest breadfruit trees in Sri Lanka is stated to be in Galle Fort. It is believed that the Dutch introduced breadfruit which is of ‘heaty’ nature hoping that would either kill them or make them sick. However, the Sri Lankans found a neutralizer to this in the coconut tree. They mixed breadfruit with coconut and evolved a delicacy, which became popular, as it was found tasty and nourishing. This tree is now grown across Sri Lanka.
The fort area is occupied by mostly artists, writers, photographers, designers and poets of foreign origin and is now a mixed bag of boutiques, hotels and restaurants.
Following the disaster caused by the Asian Tsunami of 2004 when many buildings were damaged, the Ministry of Cultural Affairs launched a project for renovation and reconstruction, but paying attention to the former architecture to retain a historical feel.
The Galle Fort has both Portuguese and Dutch era buildings, reflecting the bygone era of the colonial domination of the city. These buildings needed attention as many changes had taken place over the centuries. The Government of Sri Lanka, through its Galle Heritage Foundation under the Ministry of Cultural Affairs and National Heritage has taken the initiative of restoring some of the heritage buildings to their old glory. The restoration work has been financially supported by the Government of The Netherlands. The renovation work conforms to guidelines set by the Archeological Department of Sri Lanka. Technical guidance was provided by the Architectural Wing of the University of Moratuwa.[ Very many of the old town houses have been bought up by expatriates and rich Sri Lankans and Indians and renovated as holiday homes.
The National Maritime Museum in Galle Fort area, near the Old gate, was established in 1997 as an exclusive Maritime Archaeology Centre with active involvement of the Government of the Netherlands in the project in view of the findings that the Galle Harbor consisted of over 21 historical shipwreck sites and associated artifacts.

National Maritime Museum - by Asiff Hussein
Posted by Faz at 9:20 PM No comments: