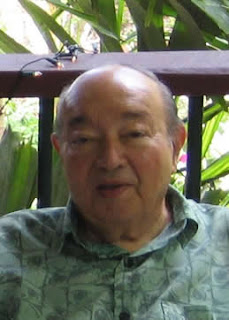 DR. O.C. (Chris) RAFFEL; an appreciation of a warm and loving medical practioner
Dr. O.C. (Chris) Raffel, who passed away on the 30 th March, emigrated to Australia in 1975 but there must still be hundreds of people in Colombo who will remember and mourn him as the most devoted of doctors and perhaps even a small number who recall, at least by name and reputation, his father, Dr. E.L. (Lawrie) Raffel, who founded the dispensary and surgery in Wellawatte where Chris himself presided for over twenty years.

When he arrived in Sydney, his qualities of dedication to his patients, even at the sacrifice of his own leisure time, quickly distinguished him from the run of general practitioners, and his practice there expanded rapidly. The Eastwood area in which he had settled became a popular one for Lankan migrants and I remember him chuckling to discover that many of his new patients, having forgotten or never heard of the Burgher community, were happily amazed to hear this light-skinned man enquiring about their symptoms in fluent Sinhalese or Tamil.

A smaller number of people will mourn the loss of an incomparable friend, one who radiated a steady warmth rather than a brilliant glare. These qualities perfectly complemented the different ones of his wife Carmel, and resulted in their both providing a setting for pleasure and good fellowship which will live forever in the minds of those privileged to enjoy it.

I have no doubt that it was his response to their qualities that inspired the late Geoffrey Bawa, one of their closest friends, to design for them a house of great beauty in which music and the visual arts enhanced the loving kindness that enveloped all who crossed its threshold. In Australia they had no Bawa at their disposal, but Carmel revealed a genius for creating beauty in unpromising situations, while Chris acquired new skills such as mowing, pruning and eventually cooking. Their human qualities glowed as warmly south of the equator as previously in the north.

Chris had a family feeling which made him a surrogate father to the children of his brother Allan and his cousin Lorenz, both of whom died too young. They too will always cherish his memory, as will his three children, Adam, Suhanya and Lahiru, and four grandchildren. They know they had a most remarkable forebear.
Posted by Faz at 12:20 PM 3 comments: